What is this all about?!

Honestly..it's about typing and typing fast. The long lost skill of viking typing is not lost anymore. Considering that you are here, it's up to you to make sure that this sacred knowledge do not disappear from the memory of human race. Viking typing is pretty simple but in it's simplicity lies power. Put your right hand on the numpad so that middle finger is on number 8, put next two fingers go on 4 and 6 respectively. Click on play and type like you are being chased by a dozen of Fenrir's sons. If you would like to find out more about this most excellent skill and our nordic friends, scroll down to the bottom of the page. 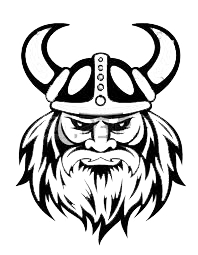 introduced the numpad to North america

Are you fast enough?

Build up to medium.. 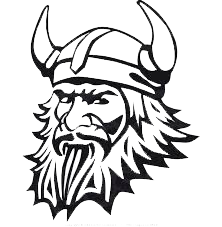 During the 'dark ages' in Europe, humanity was descending into beaurocracy and lethargy which resulted into long rows in banks and post offices. People were lost in piles of paper, some of them never to return. Hope was slowly disappearing from the eyes of the tortured peasants. But just when everything seemed lost, when civilization almost started de-evolving, proud folk of the north decided not to stand and wait for the inevitable end, but to start pushing humanity's evolution in the right direction. They did missionary work in small but highly efficient groups. Every village that had the privilege and honnor to be visited by these pilgrims, was given a choice:

Learn how to use the numpad or
disappear under the mighty axes and fiery flames of the Vikings.

It's not a surprise that majority, confronted with these options, was choosing the numpad. Thanks to their dilligent actions over a span of several centuries most of Europe was well on the way towards future. The crowding in public offices was significantly reduced, the piles of paper were being regulated slowly but consistently..it seemed that everything is working perfectly, and it was but not for long. Two big wars almost destroyed the knowledge that vikings were working so hard to spread. That's why we have viking typing today. Unfotunately viking typing offers only one option in contrast to the two options that noble vikings offered. So if you just let us know when would you like to get smacked with a mighty viking axe, and we will make sure that you get it.

Just joking! No axe for you this time. Buut you can still learn the skill of viking typing. If you havent still heard the numpad is located on the right side of your keyboard, providing you don’t have a 12” laptop. When you start to use it your life is going to be easier, your number input speed is drastically gonna go up, and if you are a clerk alot of your customers are going to be happier. So join us and help us make this world a better place!